Polish Baptists, Southern Baptist mission board rally to aid Ukraineflynn one religionBaptist missionaries have jumped in to help assist refugees from Ukraine. 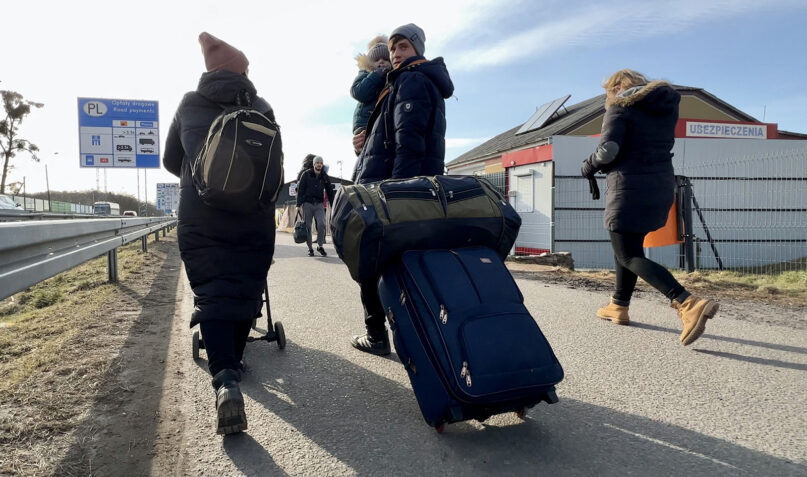 (RNS) — In Chelm, Poland, a dozen miles from the Ukrainian border, a Baptist church has opened its doors to refugees since the Russian invasion began, offering a hot meal, clothing and place to stay.

“As we watched news about the expected invasion,” Pastor Henryk Skizypkowski told Religion News Service in an email, “we stepped out on faith and purchased 20 cots, mattresses, blankets, and other provisions in the event that we might be able to help, since we knew we were the first church they would come to after entering Poland.

“The very first day of the war, 20 refugees showed up,” he wrote. “We then converted our entire facility into a shelter, purchased more supplies, and have now had 200 every night. The Polish border agents direct the refugees to us.”

According to data from the Baptist World Alliance, there were 96 Baptist churches in Poland, with about 5,200 members as of 2017, the latest numbers available. But Skizypkowski’s church and others, working with the Southern Baptist Convention’s International Mission Board, have committed to hosting about 1,000 refugees. With its extensive network of missionaries around the world, the IMB has had missionaries in Ukraine for at least 30 years, since the country split from the Soviet Union in the 1990s. There were about 2,600 Baptist churches, with more than 100,000 members as of 2017, according to data from the Baptist World Alliance. Last fall, the IMB announced plans to work with Ukrainian Baptists to start missionary training centers in Ukraine.

When the Russians invaded, the IMB relocated staff in Eastern Europe, said Paul Chitwood, IMB’s president, who is visiting Poland to assess needs for Send Relief, a humanitarian relief organization, which IMB runs.

He planned to visit the Polish border on Tuesday (March 1) to observe relief efforts and meet with local partners to determine how best to assist those fleeing the war.

Anatoliy Shmilikhovskyy, a Ukrainian Baptist pastor who started a church through the Generation Church planting network founded by the IMB, left Ukraine in order to get his young family to safety in Poland. Now he is working to send food, water, medical supplies and other relief into Ukraine.

“They came out because of the risks and dangers there,” said Chitwood. “Now he’s working — and we are going to be working with him — to get aid back for those who have stayed.”

Chitwood told RNS that any funds given for Send Relief are used directly to help those fleeing the conflict. Any other overhead will be covered by the IMB from other sources. The IMB runs Send Relief in partnership with the SBC’s North American Mission Board. 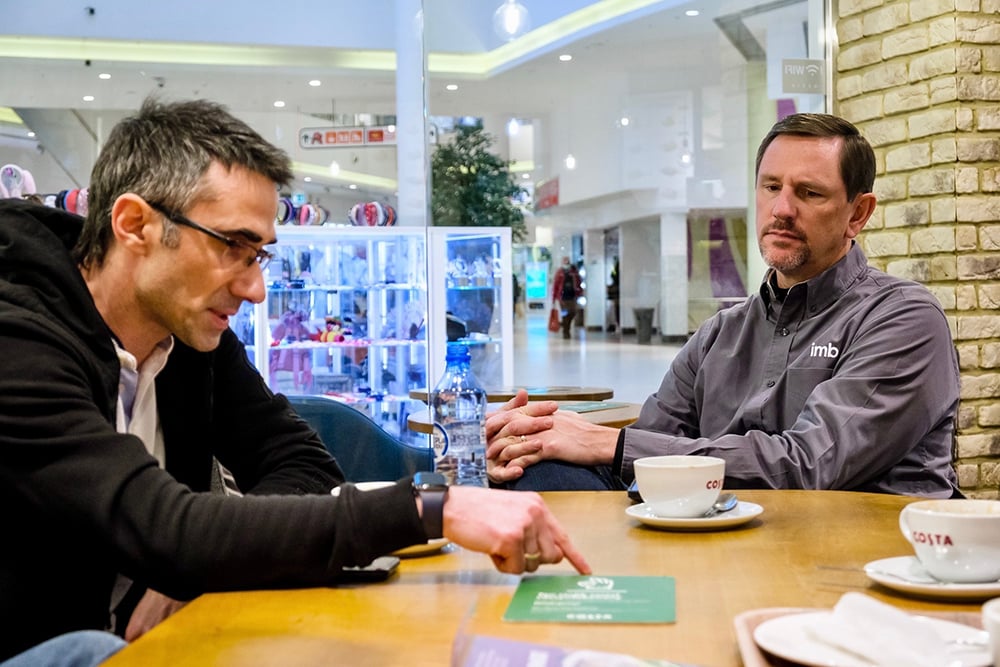 Ukrainian Baptist pastor and church planter Anatoliy Shmilikhovskyy, left, who is part of the Generation Church Planting Network established by the International Mission Board, meets with IMB President Paul Chitwood in Poland. Photo courtesy of IMB

Some of those the Baptists have met coming out of Ukraine, according to the agency, include Ukrainians the Polish Baptists met during summer camps in previous years.

Some say they left home with as little as 10 minutes’ notice, said Skizypkowski, the pastor in Chelm, whose congregants have traveled to the border to welcome the refugees. Most are heartbroken and traumatized. He told RNS of one man who had fled Ukraine with his four young children, thankful that they were now safe but feeling guilty he had not stayed to fight.

“Many have said after 30+ hours at the border crossing, our church is the first place they have found rest and peace,” Skizypkowski wrote. “They said the care provided by the church is a miracle from God.”

This article comes from the Internet and does not representnew astrological signs dates 2021Position, please indicate the source for reprinting：http://www.cbd-sz.com/29/191.html
3like
Label:flynn one religion