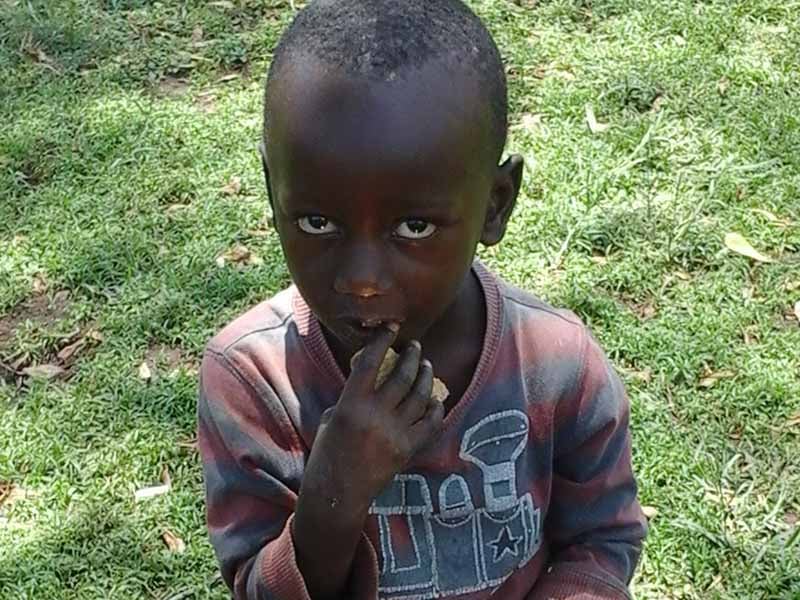 A child eats biscuit in the town of Kataba near Kampala, Uganda on August 22, 2017. Children here continue to live in constant fear of being kidnapped and sacrificed. Kidnappers or witchdoctors have been accused of using biscuits and soda to seduce children. Photo by Doreen Ajiambo September 26, 2017 By Doreen Ajiambo ShareTweetShare

A child eats a biscuit in the town of Kataba near Kampala, Uganda, on Aug. 22, 2017. Children here live in constant fear of being kidnapped and sacrificed. Kidnappers or witch doctors have been accused of using biscuits and soda to seduce children. Photo by Doreen Ajiambo

KATABI, Uganda (RNS) — Jackline Mukisa sobbed as she described how her 8-year-old son was found in a nearby swamp in February without teeth, lips, ears and genitals.

“My innocent son died a painful death,” said Mukisa, 28. “How could somebody intend to murder my son?”

A motorcyclist offered John Lubega a lift as he walked back from school, according to fellow students who saw him last. His remains suggest he was slowly killed as part of a human sacrifice ritual performed by witch doctors, apparently to appease the spirits, said Mukisa, who filed a police report.

No arrest has been made so far.

In this landlocked country whose diverse landscape includes the snow-capped Ruwenzori Mountains and immense Lake Victoria, many believe sacrificial rituals can bring quick wealth and health.

Among those rituals, human sacrifice, especially of children, occurs frequently despite the government’s efforts to stop it. 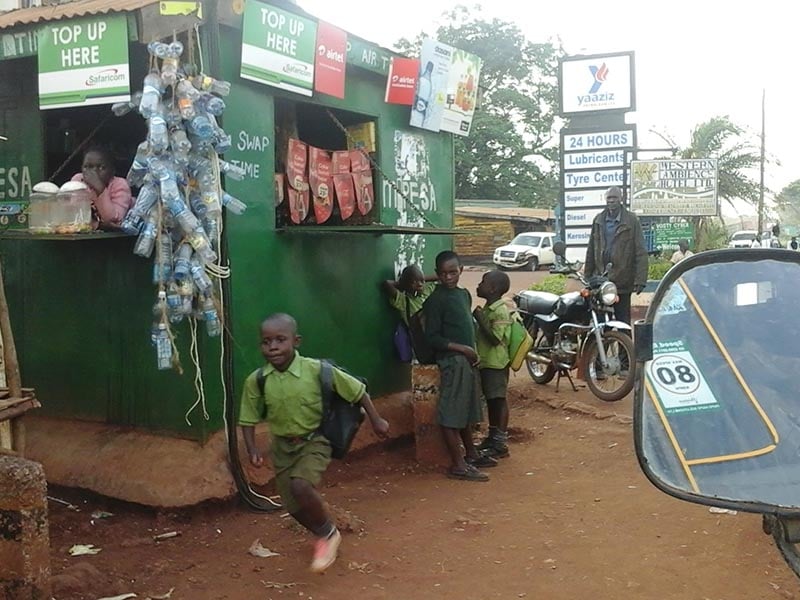 Parents accompany children to school in Busia town in east part of Uganda on September 5, 2017. Children here continue to live in constant fear of being kidnapped and sacrificed on their way to school. Photo by Doreen Ajiambo

But experts said the number could be much higher.

Times are tough in Uganda, and people are looking to sacrifices to improve their fortunes. The worst drought in over half a century has hit parts of East Africa, leaving more than 11 million people in this landlocked nation facing food insecurity and 1.6 million on the brink of famine, according to the Ugandan government.

“There is no food due to the ongoing drought, and some believe that this has been brought by ancestral spirits,” said Joel Mugoya, a traditional healer. “So there is a high desire for people to conduct sacrifices so that they come out of this problem.”

Recently, Uganda police arrested 44 suspects in Katabi, a town 24 miles from the capital, Kampala, in connection with a spate of killings of children and women. Half of the suspects have been charged in court, including two alleged masterminds.

Uganda Police Inspector General Kale Kayihura said one suspect confessed to killing eight women. More than 21 women have been killed between May 3 and Sept. 4, Kayihura said.

“The murders were for ritual sacrifices,” he told residents last week. “We are working hard to arrest the remaining suspects and end the practice.”

Francis Bahati’s wife was among the victims. He discovered her body after three days of searching. Her fingers and feet had been cut off for ritual purposes, likely in hopes of securing better fortunes.

“I was shocked and even lost consciousness,” he said.

Last year police arrested Herbert Were, a resident of Busia town in eastern Uganda, for beheading his 8-year-old brother, Joel Ogema. Were, 21, confessed to police that he killed his brother in hopes of attaining wealth.

Church leaders are teaming up with police to end the brutal practice.

Pastor Peter Sewakiryanga, who heads Kyampisi Childcare Ministries, a Christian organization that fights child sacrifice in Uganda, said children disappear in the country every week. They are often found dead, or alive with missing body parts.

Most survivors or victims do not file police reports, Sewakiryanga said, adding that he implores victims to come forward.

“It’s a serious problem but we are fighting it with the help of the government,” he said.

“It’s a brutal ritual that destroys the lives of our children and affects their parents mentally,” he added. “We are working with the police to arrest witch doctors involved in the ritual. We are also assisting the survivors financially and with moral support.”

Sewakiryanga said his charity worked with Ugandan police three years ago to arrest a witch doctor and his accomplices who sacrificed a 7-year-old girl named Suubi.

The witch doctor drained her blood and cut out her genitals, he said. He then cut the neck and drained the blood of the girl’s 10-year-old brother, Kanani. 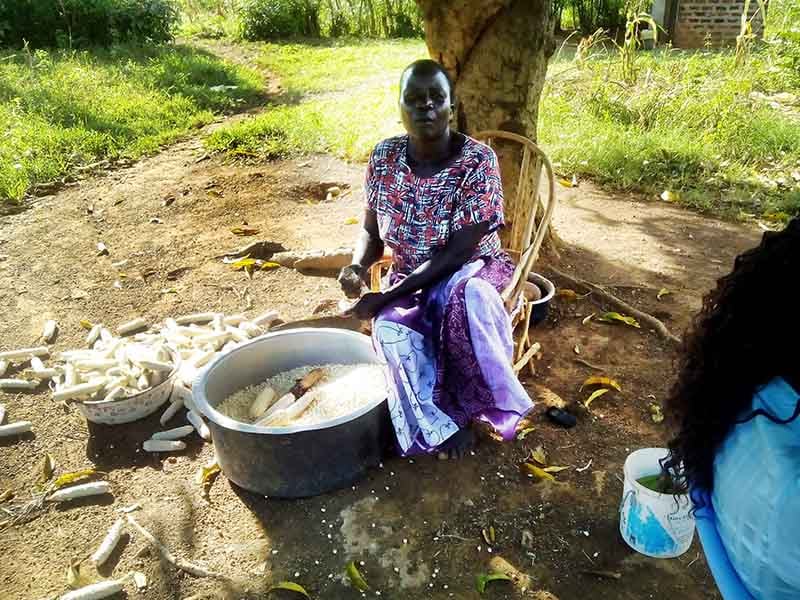 A woman narrates how her friend was found murdered and her body mutilated recently in Kataba town, near Kampala, Uganda, on Sept. 13, 2017. Police said more than 20 women have been killed in gruesome manners between May 3 and Sept. 4 in the region. Photo by Doreen Ajiambo

In June, a Ugandan court sentenced the witch doctor to life in prison.

Fears of witch doctors have hurt women who practice traditional medicine, however.

According to KidsRights, a global organization that fights for the rights of children, Uganda has 650,000 registered traditional healers and an estimated 3 million unregistered practitioners. Unscrupulous witch doctors hide among so-called healers, the group said.

“They should arrest people who murdered my son,” Mukisa said. “The government is doing little to protect our children. They must begin to arrest all witch doctors.”

But Sewakiryanga said arresting everyone claiming to practice medicine was going too far. He hoped to end the practice by changing the hearts of those who promote human sacrifice.

Efforts to end the practice need to expand, he said. Other countries in Africa reported to be practicing child sacrifice include Tanzania, Nigeria, Swaziland, Liberia, Botswana, South Africa, Namibia and Zimbabwe.

This article comes from the Internet and does not representnew astrological signs dates 2021Position, please indicate the source for reprinting：http://www.cbd-sz.com/22/1628.html
6like
Label:todays horoscope pisces