A top EU court is again wrestling with the contentious issue of religious freedom and discrimination, ruling that employers can restrict religious symbols, such as hijabs, in the workplace.

The EU court of justice held that such rules are potentially discriminatory, but can be justified if the employer shows they are necessary and are consistently applied to all symbols of religion or belief.

The ruling came in response to two cases concerning Muslim women in Germany. The German courts had asked the EU court for advice on interpreting EU legislation that prohibits discrimination in employment.

In the first case, a childcare worker was disciplined for wearing a hijab at work in violation of her employer’s policy that those dealing with children and parents should abide by a strict requirement of religious and political neutrality in order to guarantee the “free development” of children.

The court noted that the employer required neutrality only from staff dealing with parents and children, so the rule did not appear to go beyond what was necessary. The employer also required a Christian worker to remove the crucifix she wore, indicating that the rule was consistently applied.

In the second case, a sales assistant was disciplined for wearing a hijab at work in violation of a rule against “conspicuous, large-sized signs of any political, philosophical or religious beliefs”. Her employer said this was necessary to avoid workplace conflicts that had arisen in the past.

Here, the court had more doubt. It noted that only banning “large and conspicuous” symbols risked the rule targeting specifically those whose beliefs require them to wear items such as headscarves. A rule targeting the symbols of one faith, it advised the national court, could only be acceptable in exceptional circumstances where neutrality is absolutely indispensable to doing the job.

The court noted that while EU law permits employers to uphold a policy of religious neutrality, it does not prevent individual member states from adopting rules that are more protective of religious freedom at work, restricting the right of employers to impose such duties on their workers. The German courts, which will now have to apply this ruling in the individual cases, are therefore free to give additional protection to religious freedom if they feel that this is what the German constitution requires.

Religion and the workplace

There are two contrasting approaches for people of different religious identities and viewpoints to share a workplace. One is to protect the right of everyone to be fully themselves at work and to wear symbols of religion or belief if they so choose. The second way sees coexistence as best achieved by requiring everyone to refrain from expressing their beliefs at work by adhering to a policy of visible religious neutrality.

Restricting religious symbols at work curtails the religious freedom of employees. Furthermore, what is considered to be “neutral” in any society will bear the imprint of that society’s history and culture. Complying with a “neutral” standard is likely to be more difficult for minority groups.

Still, encouraging religious expression at work is controversial. Most mainstream religions have teachings on matters such as gender and sexuality that people can legitimately find offensive.

Commentators have expressed disappointment in the EU court’s ruling, accusing the court of failing to take religious discrimination seriously – and even pandering to prejudice.

Regulating religion brings particular difficulties. Religion is both a matter of what you believe and who you are. It is hard to protect religious identity without appearing to privilege religious over other forms of belief. If a religious employee can wear a crucifix or a hijab at work, can an atheist employee wear a “There is no God” t-shirt? Can a vegan employee wear a sticker saying “Meat is murder?”

Ruling for the whole EU

In cases like these, the EU court faces the delicate task of interpreting legislation that applies to 27 member states, all with different values and approaches to religious freedom. As EU anti-discrimination legislation can only be amended with the agreement of every member state, if the court gets it wrong, the EU is likely to be stuck with its interpretation indefinitely. 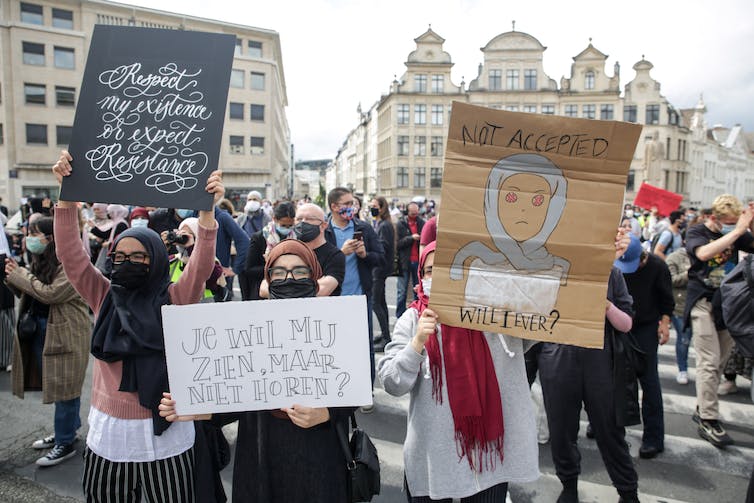 Many in France see the French way of doing things as oppressive and as exclusionary towards minorities, and tainted with elements of colonialist thinking. On the other hand, some in the UK feel that cohesion has been poorly served by approaches that emphasise religious differences.

Statistics on which approach is better at producing mutual respect, friendship across religious lines and religious beliefs compatible with liberal democratic values are mixed.

With such different views among nations and no historical precedent, it would have been wrong for a multinational court to decide it had identified the ideal approach and impose it on all 27 member states.

The EU court was right to allow states to continue to experiment with different ways of managing this situation. States that want to encourage religious reticence in shared contexts can do so. Those that wish to provide greater protection for religious expression at work may also do.

It was also right to impose some limits by ensuring bans cannot target one faith. Too often in Europe, secularist principles have been cynically embraced by those with exclusionary agendas. Marine Le Pen’s National Rally, for example, appeared to only discover a love for secularist principles after realising they could be used as a stick with which to beat French Muslims.

For a multinational court, dealing with virtually unamendable legislation and a rapidly changing and unpredictable situation, that is about as much as it was prudent to do. 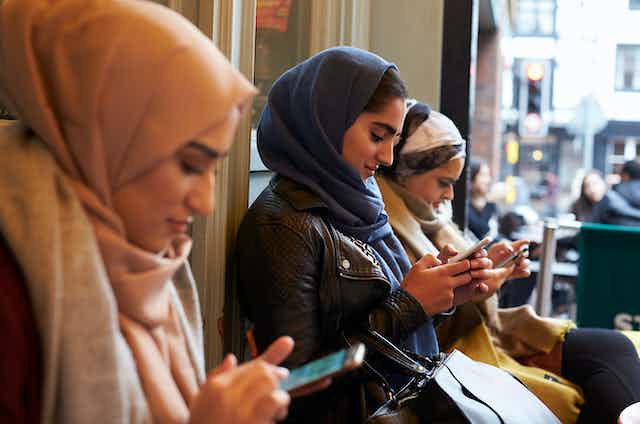 This article comes from the Internet and does not representnew astrological signs dates 2021Position, please indicate the source for reprinting：http://www.cbd-sz.com/18/1475.html
2like
Label:what sign is feb 1

Unis are killing the critical study of religion, and it will only make campuses morereligiouslibra soulmate

Turn On The News: Ending Zoom Church is a Great Idea for a Column — Provided You Completely Ignore the Disability Perspectiverashi sagittarius