A few weeks ago, Religious Affairs Minister Cholil Yaqut Qoumas became a target of public criticism and praise for congratulating followers of the minority Baha’i faith in Indonesia on celebrating their Nowruz holiday.

Nowruz is the first day of the Bahaʼi calendar year. It is one of nine holy days for Bahaʼi adherents.

Indonesian state and government officials extending holiday greetings to the followers of majority faiths is a common practice in Indonesia. It is often seen as the practice of tolerance.

But expanding it to the community of minority faiths, especially those who are not officially acknowledged by the state, is still considered a serious political and social sin.

Cholil’s holiday greeting to the Baha’i is not his first “progressive” move as the religious minister. Soon after he was installed as minister at the end of last year, he vowed to affirm the rights of Ahmadiyah and Shia, two minority faiths with sizeable followings in Indonesia.

Earlier this year, he requested prayers that address all major religions – not only Islam – be read out at events organised by his ministry.

Despite his more progressive, liberal leaning, it is unlikely Cholil will succeed in bringing in major reforms promoting equal treatment of minority faiths.

The minister faces a culture among state officials that tends to preserve “majoritarian social order”. This means the majority (either by religion, ethnicity, social class, or other identity) of the population holds certain powers or can make decisions for the entire society.

The inclination to preserve social order has been developed since the establishment of the Indonesian state and began in the Dutch colonial era.

Scholars found that this culture survived through various eras, although the degree of implementation varied from time to time.

Under the authoritarian regime of Suharto, the state excessively emphasised harmony in the community. This resulted in the repression of dissent.

The regime often accused dissidents of being a destructive force against the country’s social order.

In the post-Suharto era, all branches of the state, including the judiciary, continued this culture. The majority faiths were privileged, at the expense of people who subscribed to minority faiths.

One example is the trial of Tajul Muluk, a Shia leader, who was convicted of having blasphemed Islam and disrupting social harmony.

Shia is a minority Islamic sect within the country’s Muslim-majority population, which is dominated by Sunni Muslims.

The East Java district court sentenced him to two years in jail in 2013. He appealed but, in the end, the Supreme Court doubled his sentence to four years in jail.

Numerous other Indonesian religious figures have been jailed for blasphemy charges after trying to introduce new religious practices or habits that were said to have deviated from religious rituals practised by followers of the majority faiths.

The first principle, “Belief in One God”, is an important factor that hindered the establishment of equal treatment.

Indonesia’s founding father created the ideology during a series of meetings leading to independence. According to political scholar B.J. Boland, it was later used by the Ministry of Religious Affairs as an “operative principle” to support the Muslim majority. Non-mainstream faiths have been repressed since the early years of the Indonesian state.

This value, which promotes both monotheism and the establishment of a more religious country, inspires and influences the formulation of laws and regulations in Indonesia. These regulations include the 1965 blasphemy presidential decree, which has often been used to repress minority faiths.

President Sukarno issued the decree in 1965 to prevent conflicts between the followers of mystical beliefs or folk religions and the followers of mainstream faiths such as Islam, Protestantism, Catholicism, Hinduism, Buddhism and Confucianism.

The decree became law four years later. To this day, state apparatuses often use this law to curb faiths that are claimed to be deviant sects and to criminalise their leaders.

Read more: How the daily lives of Indonesian youth can tell us why they become more conservative

These cultural and ideological values are so well entrenched in the practices of the Indonesian state that any efforts to reform certain discriminatory laws and practices will be destined to fail.

For example, Indonesians have to state their religion in identity documents – one of the six religions recognised by the state for decades.

Followers of minority and native faiths have faced discrimination for failing to comply with this requirement. They are often barred from receiving public services such as getting a marriage certificate.

It was not until 2012 that the Indonesian government allowed citizens, especially subscribers to nondenominational faiths, to forgo declaring their religious beliefs on the identity card. Indigenous faith followers have only been able to cite their religious preferences on identity cards since 2015

Failure to do so will be harmful for freedom of religion in Indonesia, particularly in regard to ensuring equal treatment of minority faiths. 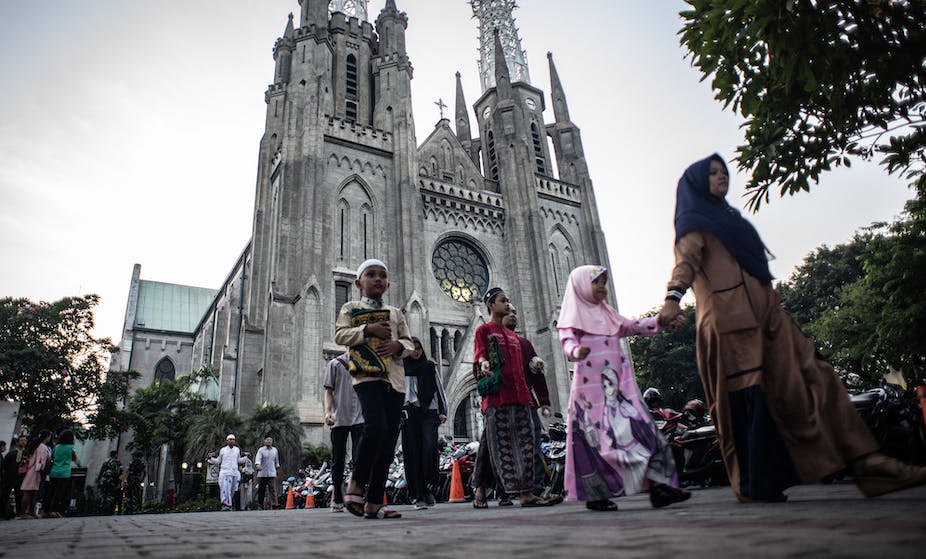 This article comes from the Internet and does not representnew astrological signs dates 2021Position, please indicate the source for reprinting：http://www.cbd-sz.com/17/1381.html
5like
Label:sagittarius and leo horoscope today

The ‘Freedom Convoy’ is Inspired by a Biblical Account of Divine Massacre: Welcome to the Jericho Marchaugust 12 2021 horoscope