Summary: Repetitive transcranial magnetic stimulation helped reduce cannabis use by up to 60% in those with schizophrenia who have cannabis use disorder.

Repetitive transcranial magnetic stimulation (rTMS) was associated with a reduction in self-reported cannabis use by up to 60% among people with schizophrenia who have cannabis use disorder (CUD), according to a CAMH-led study just published in the journal Schizophrenia.

The double-blind study is the first of its kind to investigate the effectiveness of rTMS in treating CUD in people with schizophrenia, and was supported by the U.S. National Institute on Drug Abuse (NIDA) and the CAMH Foundation.

“People with schizophrenia have very high rates of cannabis use disorder compared to the general population, and there is strong evidence that cannabis use worsens psychiatric symptoms and quality of life in these people,” said senior author CAMH clinician scientist Dr. Tony George.

“Despite the known harmful effects, there is currently no approved treatment for CUD with or without schizophrenia. These results indicate rTMS may be a safe and effective way to reduce cannabis use among people with schizophrenia.”

Until relatively recently, brain stimulation technologies like rTMS were used primarily for treatment-resistant depression. However, studies have now found rTMS to be effective in reducing drug use and cravings for several substance use disorders in the general population.

Study participants were given rTMS treatment at the Temerty Centre for Therapeutic Brain Intervention at CAMH five times a week for four weeks targeting the brain’s dorsolateral prefrontal cortex (DLPFC), which is associated with the brain’s reward system and executive function.

Those who were given rTMS reported a reduction in cannabis use by up to 60% after 28 days as well as reduced cravings, compared to controls receiving sham rTMS. 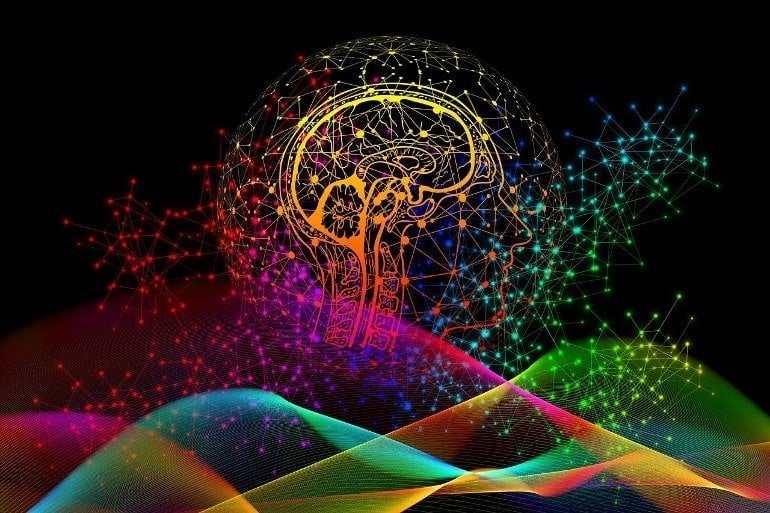 The double-blind study is the first of its kind to investigate the effectiveness of rTMS in treating CUD in people with schizophrenia. Image is in the public domain

“In addition to our ability to conduct clinical trials with brain stimulation at the Temerty Centre, CAMH also has one of the largest schizophrenia outpatient clinics in North America as well as state-of-the-art addiction treatment programs,” said Dr. George. “All those factors make CAMH one of the few places in the world that can lead a study like this.”

“It was a difficult study to recruit for given the intensity of time commitment required by patients,” said study lead author Dr. Karolina Kozak Bidzinski.

“However, the awareness patients had of the negative effects cannabis was having on their lives, the expected benefits of reducing their use and noticing the various positive outcomes that would surface throughout the duration of the trial, enabled such a high number of patients to complete the study. Hopefully this work paves the way for more research into investigating the effects of rTMS as a treatment for cannabis use disorder in people with schizophrenia.”

This article comes from the Internet and does not representnew astrological signs dates 2021Position, please indicate the source for reprinting：http://www.cbd-sz.com/08/775.html
6like
Label:june 3 astrological sign