Summary: People constantly underestimate other people’s desire for constructive feedback, which may have harmful results for those looking for feedback.

People consistently underestimate others’ desire for constructive feedback and therefore don’t provide it, even when it could improve another person’s performance on a task, according to research published by the American Psychological Association.

“People often have opportunities to provide others with constructive feedback that could be immediately helpful, whether that’s letting someone know of a typo in their presentation before a client presentation, or telling a job candidate about a stained shirt before an interview,” said lead author Nicole Abi-Esber, a doctoral candidate at Harvard Business School.

“Overall, our research found that people consistently underestimate others’ desire for feedback, which can have harmful results for would-be feedback recipients.”

Constructive feedback is instrumental for aiding learning and performance, and research has shown that people commonly report wanting this type of feedback, according to the researchers.

However, despite wanting constructive feedback themselves, people often avoid giving it to others. In a pilot study conducted by the researchers, only 2.6% of participants informed a tester of a visible smudge on his or her face (e.g., chocolate, lipstick or red marker) during a survey.

The research was published in APA’sJournal of Personality and Social Psychology.

Previous research suggests that people avoid giving feedback for fear of negative outcomes, such as the other person’s becoming embarrassed or upset. Abi-Esber and her colleagues theorized there might be another reason people withhold feedback: They simply do not fully recognize the potential of their input to improve others’ outcomes, leading them to underestimate others’ desire for such feedback.

Across all five experiments, people in a position to give feedback consistently underestimated potential receivers’ desire for it. The more consequential the feedback (e.g., telling someone they need to improve their presentation skills), the more likely participants were to underestimate the other’s need for feedback and the less likely they were to offer it. The gap was smaller in more everyday, less consequential scenarios, such as when the other person had food on their face or a rip in their pants. 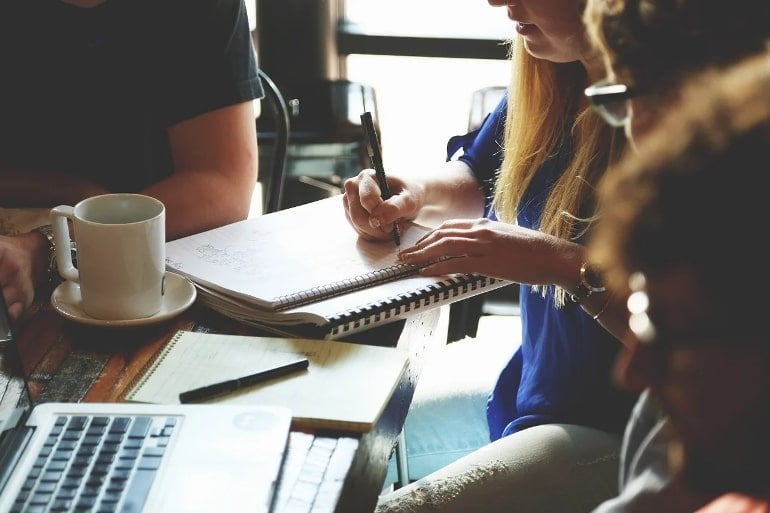 Constructive feedback is instrumental for aiding learning and performance, and research has shown that people commonly report wanting this type of feedback, according to the researchers. Image is in the public domain

The researchers were surprised to find that the simple intervention of perspective taking could increase the likelihood someone would recognize the need for and provide feedback.

FeaturedNeuroscienceOpen Neuroscience Articles·November 19, 2021·4 min readWhat Your Brain’s Noise Tells About Your Authentic Self

Simply asking people to quickly reflect, “If you were this person, would you want feedback?” helped participants recognize the value of feedback to the other person and helped close the giver-receiver gap.

“Even if you feel hesitant to give feedback, we recommend that you give it,” said Abi-Esber. “Take a second and imagine you’re in the other person’s shoes and ask yourself if you would want feedback if you were them. Most likely you would, and this realization can help empower you to give them feedback.”

“Feedback is key to personal growth and improvement, and it can fix problems that are otherwise costly to the recipient,” said co-author Francesca Gino, Ph.D., also of Harvard Business School. “The next time you hear someone mispronounce a word, see a stain on their shirt or notice a typo on their slide, we urge you to point it out to them—they probably want feedback more than you think.”

This article comes from the Internet and does not representnew astrological signs dates 2021Position, please indicate the source for reprinting：http://www.cbd-sz.com/05/584.html
5like
Label:capricorn horoscope ganeshaspeaks

On the Brink of Giving Up? Mindfulness Meditation Can Help in Internal Conflictsis march 21 aries or pisces