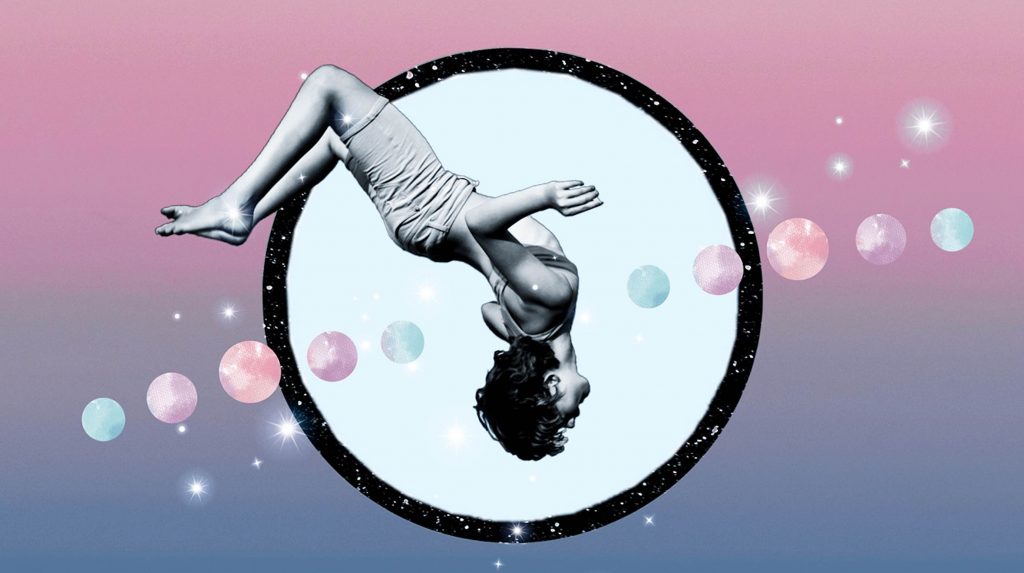 Mercury involves how we perceive, interpret, and communicate information, yet the quality of its symbolic meaning varies depending on its path in the heavens above. Instead of moving fast and direct like usual, Mercury shifts into a slower speed and backwards motion through the zodiac when retrograde. The departure Mercury takes from its normal course when retrograde corresponds with a heightened ability to guide us away from our usual patterns, enabling the discovery of new avenues of inquiry and perception. Mercury also comes closest to earth in orbit when retrograde, intensifying its impact in daily matters.

Here’s everything you need to know about Mercury retrograde.

As the astrology of 2022 portends a deepening into the systemic structural changes and personal transmutations that rippled across 2021, the three time periods of Mercury being retrograde will bring important opportunities for adjustment and adaptation. To work well with the liminal quality of Mercury retrograde, it’s vital to embrace being in between states of mind and accept the fluidity of formlessness rather than resisting change. Open your intuition to receive whatever messages Mercury will provide regarding shifts in storylines and ways to stoke movement out of places you have felt stagnated.

How Does Mercury Retrograde Behave in Air and Earth Signs?

Mercury often has three retrograde periods each year that take place entirely within the same astrological element. However, in 2022 the four Mercury retrograde phases will straddle two elements, with each one beginning in an air sign and ending in an earth sign. This is due to 2022 being a bridge year between the Mercury elemental years of air and earth signs. In 2021, Mercury was retrograde wholly in air signs, while in 2023 Mercury will be retrograde fully in earth signs. Thus, the first period of Mercury retrograde will link Aquarius with Capricorn, the second will move between Taurus and Gemini, and the third will connect Libra with Virgo.

The air and earth elements are completely dissimilar in quality, and so we will need to draw upon the magic Mercury possesses for synthesizing meaning when mediating differences. Mercury will spend the majority of each retrograde in air signs, including forming each one of its regenerative conjunctions with the Sun in each of the three air signs.

Therefore, the flexible and restless nature of the air element will be emphasized, accentuating the capacity of Mercury for bringing different perspectives together relationally to gather information and discover insight into how to change stagnant thought patterns. In contrast, the constructive and pragmatic nature of the earth element will result in each retrograde period ending with Mercury facilitating important distinctions that can help organize the airy revelations received by Mercury into more solid forms, helping us adapt our personal boundaries to the ways in which societal structures are shifting. 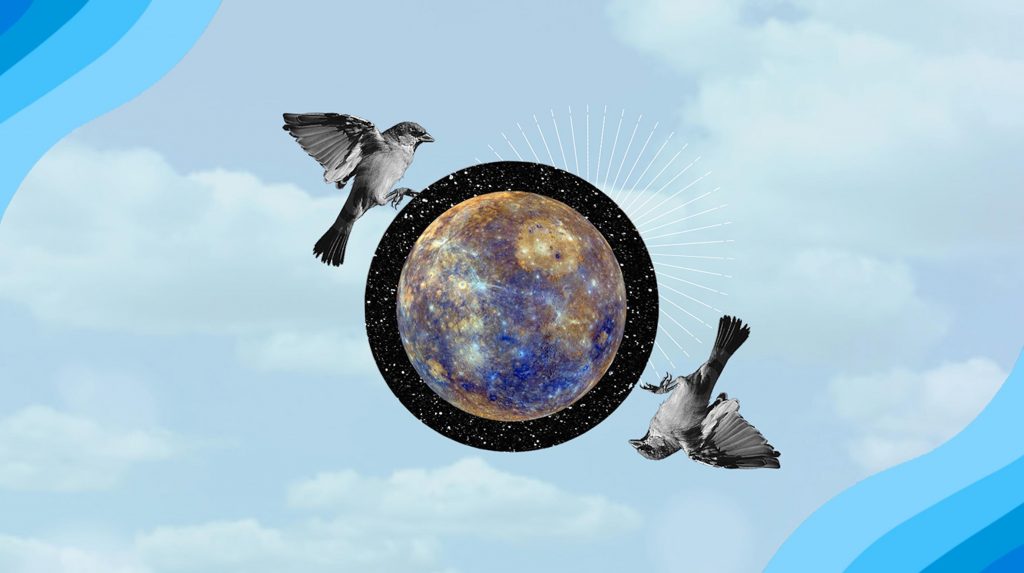 Intense for air signs (Libra, Aquarius, Gemini): Last year with the Mercury retrograde periods in your element of air, you received inner promptings to embrace your flexible and changeable nature. Since 2022 will be a bridge between air and earth years, you will experience an intense process of adapting the fluidity of your inner transmutations into practical forms and containers, adapting your personal boundaries as needed. Be ready for deeper layers of your identity to metamorphosize, as Mercury delivers insights previously hidden from your awareness.

Challenging for water Signs (Cancer, Scorpio, Pisces): Mercury shifting retrograde in each of the three air signs during 2022 will be challenging for you in terms of material that has been previously hidden from your awareness emerging into your consciousness for understanding. This process may feel uncomfortable at times but can ultimately revitalize relational patterns and ways in which you have felt stuck within your relationships. As Mercury will end its retrograde phase in each of the three earth signs during 2022, by the end of the process you will be able to cultivate more authentic boundaries and containers to express yourself through.

For fire signs (Aries, Leo, Sagittarius): The three periods of Mercury being retrograde in air and earth signs during 2022 can bring about significant changes within your work, aspirations, and community. Be willing to seek guidance and new perspectives from others when needed, letting yourself gather insight through relating rather than keeping everything to yourself. You will have opportunities to form new alliances with those who share your passions and values, gaining clarity for the collaborations most resonant with your purpose. With Mercury ending its retrograde phase in each of the three earth signs, you will also need to slow down and make time for needed rest and restoration to fully integrate the revelations you receive.

For earth signs (Capricorn, Taurus, Virgo): Last year, with the Mercury retrograde periods in air signs, you were challenged to be more flexible and changeable. Since 2022 will be a bridge between air and earth elemental years for Mercury, you will be able to gain a better sense of the ways in which your own boundaries need to shift in alignment with the dismantling and innovations occurring within societal structures. Be open to ways in which old thought patterns need to change so you may discover new practices that will help you build the skills needed to help bring stability amidst the changes you will be experiencing.

Key Dates for Mercury Retrograde in 2022

January 7: Mercury at maximum elongation (begins to slow down)

January 23: Mercury conjunct the sun at 3°23’ Aquarius (closest to Earth)

February 16: Mercury at maximum elongation (begins to speed up)

April 29: Mercury at maximum elongation (begins to slow down)

May 10: Mercury stations retrograde at 4°52’ Gemini

June 16: Mercury at maximum elongation (begins to speed up)

August 27: Mercury at maximum elongation (begins to slow down)

October 8: Mercury at maximum elongation (begins to speed up)

Keep track of all retrograde and astrological transits with our Astrology Calendar.

This article comes from the Internet and does not representnew astrological signs dates 2021Position, please indicate the source for reprinting：http://www.cbd-sz.com/03/393.html
8like
Label:september 25 libra